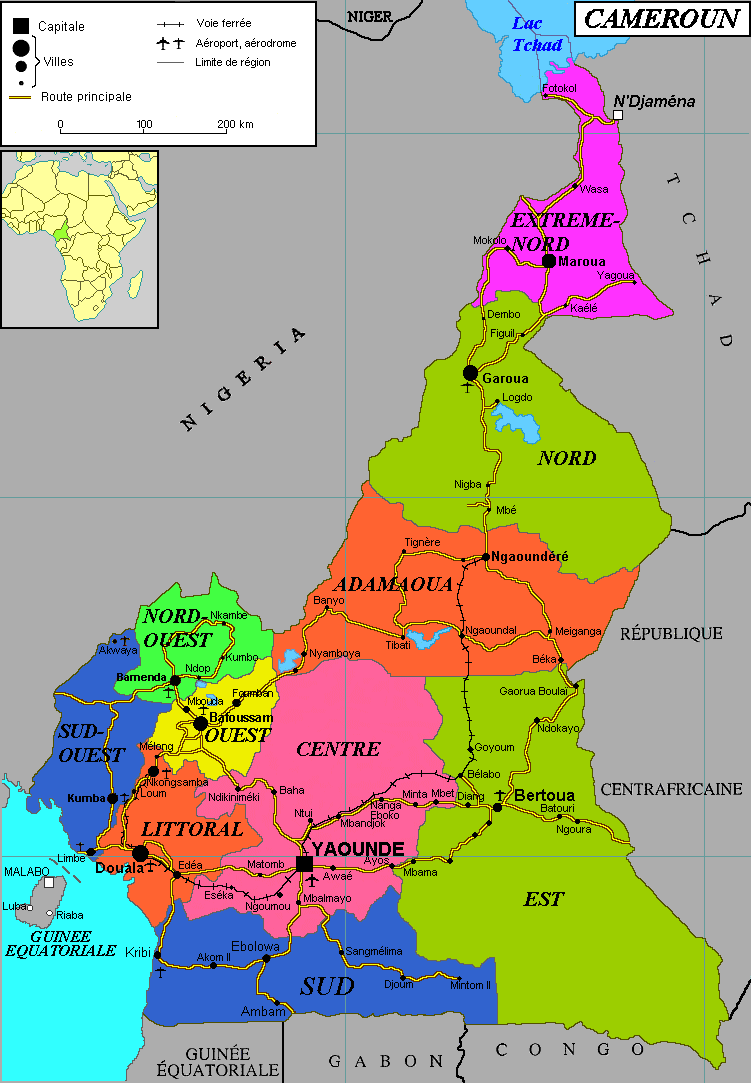 Cameroon has an extraordinary diversity of physical features. This diversity owes its existence to the countryâs relief, which presents a unique characteristic. Plains make up two localised settings, one in the northern tip of the country on the shores of Lake Chad, and the other at the extreme south-west on the shores of the ocean. An arch of highlands made up of mountains and plateaus takes over from the coastal plains and extends north-eastwards, overlooking in its recess the vast southern Cameroonian plateaus. Four relief features can be distinguished in Cameroon:

Â·   the plains and mountains of the north

Â·   the highlands of the centre and the west

Â·   the plateaus of the south of Cameroon

Secular state with Islam and Christianity as main religions. It should be noted that a good margin of the population remains animistic.

INVESTING IN CAMEROON
NEWSLETTER
Leave us your email address and be among the first to receive our publications.
Copyright © CCIMA June 2019